The first champions of the week were crowned on Wednesday at the Aquathlon World Championships, which kicked off action at the TransCanada Corp. World Triathlon Grand Final Edmonton. New Zealand dominated the events, winning the women’s elite and junior titles, as well as the men’s junior division. Japan also enjoyed a successful day, with Yuichi Hosoda and Ryousuke Yamamoto finishing 1-2 in the men’s elite race.

The USA’s Tommy Zaferes executed a swift swim on the one-lap 750m course, but his 10-second lead wasn’t enough to ward off the Japanese. Hosoda took the lead after the first of two run laps and managed to hang on to the top spot through the finish line.

“I thought this aquathlon is very, very good for swim practice for me,” Hosoda said. “This is a different kind of swimming with a diving start. It was a good running session for me. I’m looking forward to this weekend. I’m very happy.”

Teammate Ryosuke Yamamoto took off after Hosoda for silver while bronze was left for Ukraine’s Yegor Martynenko with the second-fastest run split of the day. Alessio Fioravanti (ITA) was the fastest man in the U23 category, while Kyle Smith (NZL) took top honours in the men’s junior race.

In the women’s race, it was Great Britain’s Hannah Kitchen that headed for transition first, but Anneke Jenkins (NZL) surprised the experienced aquathlon field when she sprinted past them on the two-lap run for gold. Last year’s bronze medal winner Yuliya Yelistratova (UKR) upgraded to a silver, while Kitchen took third.

“It was good, I really enjoyed,” Jenkins said. “It’s a good warmup, I had to do some hard training today. It’s good to do the swim. I got lost twice coming out of the swim, so it’s good to get those things out of the way.” 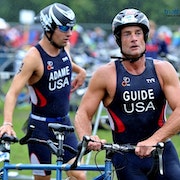 Paratriathlon's most elite athletes will compete on Saturday in an attempt to call themselves the fastest in the world in their sport... 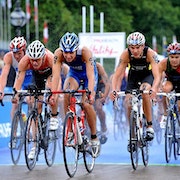 ITU Junior triathlon stars will feature on day one of triathlon racing on Friday with the men and women racing for glory over the... 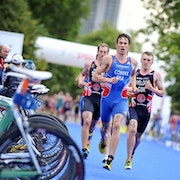 The men’s and women’s Under23 start lists are riddled with brimming talent at the World Triathlon Edmonton Grand Final that have... 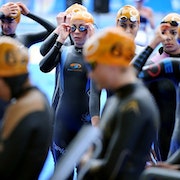 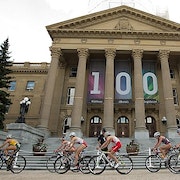 Athletes, families and friends have already begun to pour into Edmonton to prepare for their most epic event ever. But racing isn’t... 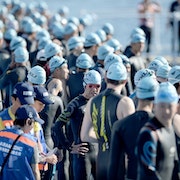 Whether you will be on site in Edmonton to watch the races first hand or are cheering on your loved ones from home, here’s how you...