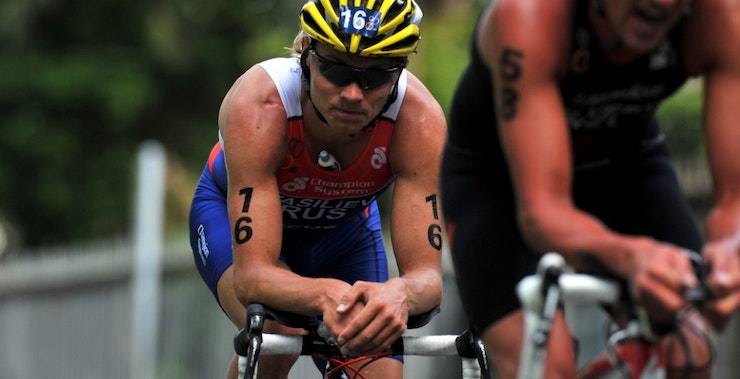 As the most valuable event in terms of Olympic qualifying points on offer, it’s not surprisingly that the first ITU World Triathlon Series of 2012 managed to shake up the London simulation. What’s interesting is not just what happened, but how it sets up this weekend’s Eilat ETU European Triathlon Championships and Ishigaki ITU Triathlon World Cup. It’s that time of the week again to dive into the Olympic simulator.

Elite Women’s Qualification
A quick look at the pointy end of the women’s simulation shows that not that much happened in Sydney, even though Switzerland’s Daniela Ryf did not race, Germany’s Kathrin Muller didn’t claim enough points to overtake her and therefore the eight nations that are currently in a place to send three athletes did not change. However, Muller is now points behind Ryf though, and on track to overtake her this weekend as she is racing in Ishigaki.

But where there was movement was on the edge of the list. Canada’s Kathy Tremblay claimed her best series result since 2009 in Sydney, and that eighth place put her up 14 places on points list and just on the edge of the Olympic picture. It means a good result in Ishigaki this weekend, where she will wear the #2, could propel further up the list and help secure Canada two women’s spots. Tremblay is currently in the final Olympic spot, which means Canada now have two including the one held by Paula Findlay. Luxembourg’s Elizabeth May also put her NOC back in the spotlight, after a month out of the simulation, she is currently back in the Olympic field, and Slovenia’s Mateja Simic held onto her place.

While it had little impact on Australia’s almost assured three places, Erin Densham’s win was a huge boost for her own selection chances. Densham is so far unbeaten in elite ITU competition to start the year, with wins in Mooloolaba and Sydney, and her points total now puts her firmly in place as Australia’s fourth athlete on the list, 345 points behind Emma Snowsill. In selection news from New Zealand, Andrea Hewitt was officially joined by Kate McIlroy and Nicky Samuels at Triathlon New Zealand’s official team announcement on Wednesday in Auckland. Of course, their places are contingent on New Zealand holding onto those three places come May 31st. They are currently sitting seventh on the list ahead of Switzerland.

This weekend there are athletes and scenarios to keep an eye on in both Japan and Israel. Aside from Tremblay’s result in Ishigaki, Melanie Annaheim can confirm her own individual selection for Switzerland with a top-5 confirmation result, while Hungary’s Zsofia Kovacs and Margit Vanek could further secure spots for their NOC with solid results. Also watch for the Japanese team, particularly Kiyomi Niwata and Yuka Sato, as competition heats up for the places their Olympic team.

While defending champion Emmie Charayon and two-time champion Nicola Spirig are the favourites in Eilat, the athletes to watch are those who are currently on the fringe of making the field, like Maria Czesnik (POL), Agnieszka Jerzyk (POL), Irina Abysova (RUS), Alexandra Razarenova (RUS) and Katrien Verstuyft (BEL). Eilat is the final Continental Championships that will count for London, with each men’s and women’s winner claiming a place for their NOC in London.

Elite Men’s Qualification
As stated before Sydney, it’s going to be extremely hard to budge the current top four NOCs with three men’s spots: Great Britain, Germany, Spain and France, because each nation has more than three athletes in the top 50 in the world. But the battle below them was on in Sydney and it was Russia and Ivan Vasiliev that took advantage. Vasiliev was Russia’s third athlete on the qualification list heading into Sydney, but was sitting out of the picture behind Portugal’s Joao Pereira as the ninth nation, when top eight can send three.

It wasn’t unusual to see Vasiliev lead the swim but it was to see him break away on the bike – with New Zealand’s James Elvery – and hang on for sixth place overall. That netted him 677 points, enough to move up to 27th on the men’s Olympic ranking, and rocket Russia up from ninth to fifth. New Zealand moved down to sixth, as their third man Ryan Sissons did not finish due to a nasty crash, while Courtney Atkinson didn’t race, dropping Australia dropped to seventh. Atkinson had just of enough points buffer to hold off Brent McMahon and Simon Whitfield. Whitfield is Canada’s third man and just 64 points behind Atkinson. Portugal took the biggest hit with Russia’s rise, dropping to ninth spot and currently only able to send two athletes. But this weekend Portugal could possibly put themselves back in, if Pereira can do well enough in Eilat to overtake Whitfield – who is not racing in Ishigaki. He needs 117 points to equal Whitfield, which is 16th place or above in Eilat.

The other big individual mover in Sydney was South Africa’s Richard Murray, whose first World Triathlon Series medal moved him 14 places higher than before to 39. Triathlon South Africa’s selection policy is that an athlete must be top 47, he’s well on his way to achieving that. One athlete who did lock in London was Kris Gemmell, who scored the first spot on the New Zealand men’s team with his seventh place. That met Triathlon New Zealand’s automatic qualifying criteria, but Gemmell didn’t have to wait long to find out his teammates are, with Sissons and multiple Olympic medallist Bevan Docherty also named in New Zealand’s team on Wednesday. Just as in the women’s selection though, the spots are contingent on whether New Zealand hold onto all three places on May 31st.

The ETU European Championships this weekend also could have an interesting impact on the men’s field. With Alistair Brownlee not back to defend his title, or Jonathan Brownlee or William Clarke racing, there is a chance for a nation to shake up qualifying. While it’s hard to look past Javier Gomez for the title, athletes like Vasiliev, Pereira, Filip Ospaly (CZE) or Danylo Sapunov (UKR) have plenty to race for. In Ishigaki, McMahon and Jones need to continue their string of good results to help Canada’s campaign. 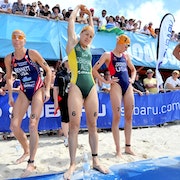 In the final months before the official London Olympic Qualification period closes on May 31, it's a frantic race for points… 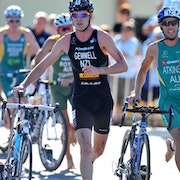 Each and every ITU race up until May 31st will affect Olympic qualification, and Continental Championships even more so, so… 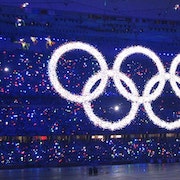 The road to London 2012 is not only long and grueling, it’s also complex. How many athletes can each country send? And how…