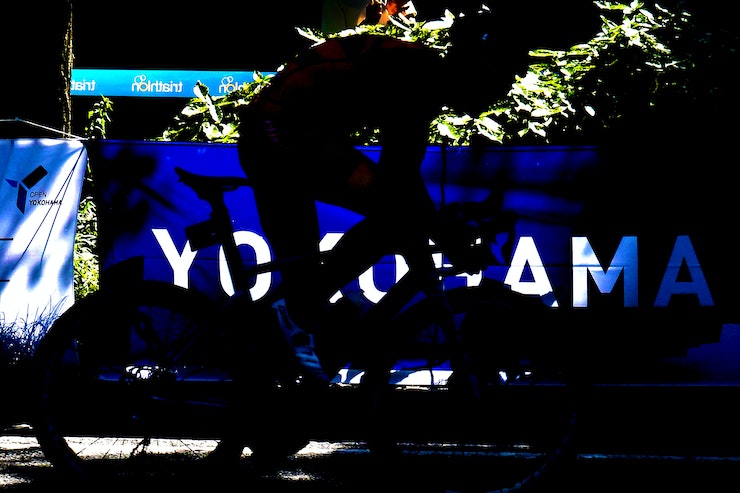 For the third stop of the 2019 World Triathlon Series the elite triathletes head to Japan once again to return to the familiar event of the ITU World Triathlon Yokohama. In the race 10th anniversary, the event marks the start of the second period of the Olympic qualification for Tokyo 2020, and 50 men will toe the line with a start list stacked with legends of the sport and all the upcoming rising stars.

It looks like 1990 was a good year to be born at if you want to succeed at the sport of swim, bike and run, with Mario Mola (ESP), Vincent Luis (FRA), Joao Silva (POR) and Jonathan Brownlee (GBR) sharing birth year. And all of them, except the younger Brownlee who had to withdraw last minute, will be toeing the start line in Yamashita Park.

This Saturday, wearing the golden number one that identifies the current leader of the World Triathlon Series will be Luis, who despite finishing in a bitter fourth place in MS Amlin Bermuda three weeks ago is in a great shape and will want to improve his best result ever in the land of the rising sun: a 10th place.

Luis will be the leader of an impressive French squad, with Leo Bergere -22 years old- making his debut in Yokohama to try to prove that his current third place in the WTS rankings is not by chance, and determined to get into his first ever WTS podium this weekend. With them, toeing the start line will be Dorian Coninx, who proved with his win in Bermuda that when it comes to Olympic distance races, he must be considered.

But if the French are coming to Yokohama with all their guns, so are the Spaniards, Norwegians and the Brits.

If there is anyone who knows what it takes to win in Yokohama is Mario Mola, winner in the last three WTS races here. Last year, the three-time world champion performed one of the best swims of his career to claim the title in Yokohama, a thought that will likely help him overcome his disappointing swim in Bermuda, where he finished in an unusual 36th place. But three weeks have passed since that and the Spaniard is looking forward to return to the podium, if possible, surrounded by his teammates.

Fernando Alarza (ESP) also knows what it is to be in the podium in Yokohama (third place in 2018) and this season (also third in WTS Abu Dhabi), and after a disappointing performance in the Madrid World Cup two weeks ago due to a mechanical issue during the bike course, he is ready to perform at his best this weekend.

Bermuda saw the comeback of one of the triathlon legends: Javier Gomez Noya (ESP). At 36 years old, the Spaniard -five times world champion- showed that he was serious when he announced that he wants to qualify for Tokyo 2020, and a technical course as the one in Yokohama can suit him perfectly. Specially, if ‘The Captain’ is surrounded in the bike leg by strong men like the Norwegians, the French and the Germans.

The hopes of the British team will be set on one of the young talents that has proven this season that a new generation is coming, and quickly: Alex Yee. With only 21 years old and one of the fastest runners of the circuit, the Brit young gun is making his debut in an Olympic distance WTS, but expect him, along with Bergere, Hayden Wilde (NZL), Antonio Serrat Seoane (ESP) and Bence Bicsak (HUN) to speed up the race as much as they can.

And with a flat but hard course as it is in Yokohama, other ones to watch will be the Norwegian trio -Gustav Iden, Kristian Blummenfelt and Casper Stornes-, the Aussies Jacob Birtwhistle and Aaron Royle; Tyler Mislawchuk (CAN) or Marten van Riel (BEL).

WTS Yokohama will be disputed over an Olympic distance, with a 1500 swim near the Osanbashi Pier, followed by nine laps of 4.5km on the bike each around Yokohama and four laps of 2.5km run to cross the finish line in the Yamashita Park. Elite Men’s race will be broadcasted live on TriathlonLive.tv, starting on Saturday May 18 at 13.06 local time.