The women’s race in MS Amlin World Triathlon Bermuda will not be the same without the injured Flora Duffy, but there will be tales aplenty as the world’s best once again tackle the mighty Corkscrew Hill in the search for early-season form with the first Olympic distance race of the WTS season. And the start list is packed with names aiming for the title.

Wearing the golden swim cap with the number 1, reserved for the current leader of the Series, will be American Katie Zaferes, and she is determined to continue her winning strike that started at the beginning of the season with a powerful victory in WTS Abu Dhabi. The American, one of the most complete triathletes of the circuit, excels in the three segments of the race, something of extreme importance in the hilly streets of Hamilton.

The thousands of spectators that will likely gather around the course to cheer for the athletes will surely remember the tense battle 12 months ago between Zaferes and Vicky Holland (GBR) that ended up with both of them sprinting in the last few meters, with the British claiming the silver medal and the American the bronze one. This year, Zaferes is determined to improve that position. If possible, by two steps up on the podium.

Zaferes will lead a really strong American team, with five triathletes wearing the stars and stripes tri-suits. Tylor Spivey, silver in WTS Abu Dhabi, seems to be in a great shape as well, with Summer Rappaport returning to the WTS circuit after a few months dealing with injuries and back to training. Along with them will line up in Bermuda Renee Tomlin, Chelsea Burns and Tamara Gorman, all of them solid triathletes with enormous bike and run skills, so perfectly fit for a course like this one.

And with Flora Duffy watching the race from the stands, the battle is likely to be once again between the Americans and the British, with not only Holland aiming for a repeat of last year’s race, but also Jessica Learmonth, Non Stanford and Georgia Tylor-Brown willing to show their strength in the scenic streets of Bermuda.

Question is if both strong French women, Cassandre Beaugrand and Leonie Periault, will have power enough to deal with the tough Olympic distance course in Bermuda, with them having proved to deal better with sprint distance courses previously. Same thing will happen to rising Italian star Angelica Olmo (winner in New Plymouth WC and third in Mooloolaba WC) and the Swiss Jolanda Anen.

More experienced in dealing with Olympic distance hard races will be Asleigh Gentle (AUS) and Lotte Miller (NOR), who will likely be among the ones to keep an eye on if they manage to get out of the water among the first groups.

The Elite Women race in MS Amlin Bermuda will take place on Saturday 27 April at 16h local time. Watch the race on triathlonlive.tv, including exclusive pre and post-race interviews with athletes and extra features, and follow along on our social media channels with the hashtag #WTSBermuda. 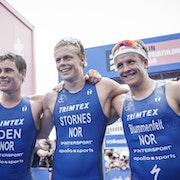 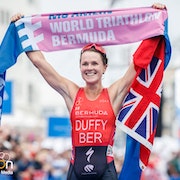 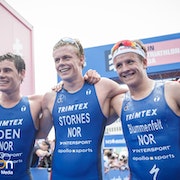